A Scientist's Guide to R: Step 1. Getting Data into R 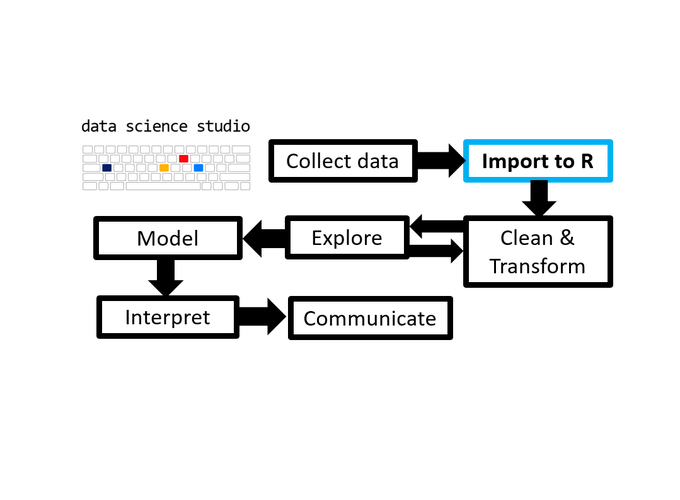 A Scientist's Guide to R: Step 1. Getting Data into R

As the second post in the Scientist’s Guide to R series (click here for the 1st post), this post will goes into the first step of the data analysis with R process: importing your data from a variety of common “flat file” sources (.csv, .txt, .xlsx, etc).

So you’ve spent weeks/months/years conducting a carefully planned research project and collected a bunch of data, and want to know how the study turned out using the advanced functionality of R? The first things you will need to do are:

After you’ve installed R studio, read on for a brief explanation of how to install and load R packages. These additional packages greatly expand the functionality of R (e.g. allow you to build webpages like this blog using the blogdown package), making it much easier to learn and use. While there are many different ways to do things using R, this guide will cover the ways I have found in practice to have the right balance of effectiveness, efficiency, and accessibility/transparency. There are many excellent books and online resources for those wanting to learn more about alternative methods. However, to avoid confusing those attempting to learn data analysis with R for the 1st time, the scope of these tutorials will be limited to recommended methods only.

After explaining how to install and load R packages, this post will cover how to easily import data from a variety of common sources ranging from comma-separated-variable (.csv) files, to excel spreadsheets, and fixed width files.

Installing & loading packages into R is a very straightforward process. For packages hosted on CRAN (which is where the “official” versions of most R packages reside), simply run the following:

For packages hosted on GitHub, which are typically in development, the process is slightly more complicated but still requires only couple of lines of code:

4 How to Get Your Data Into R

Getting your data into R is also easy. Commands and packages specific to different data sources are listed below:

CSV files are the most common type of data file you’ll encounter as a data analyst. These can be imported using the read_csv() function from the readr package.

The read_csv() and read_tsv() functions are actually convienience wrappers for the workhorse function of the readr package, read_delim(), which can be used to read in data files with any delimiting character (e.g. “-”, “$”, etc.). This is only slightly more complicated, in that you have to specify what the delimiting character is using the delim argument.

Excel files are fairly easy to import using the readxl package. Since these files may contain several speadsheets, you also have to specify the sheet that you want to use… unless it is the first one, which is assumed by default.

If you’ve recently switched from working in SPSS, SAS, or Stata (or are collaborating with someone who uses these programs), you can also easily import your existing SPSS or SAS data files directly into R using the haven package.

Fixed width files are a less common type of data source where the values are separated not by tabs or specific characters but a set amount of white/empty space other than a tab. These can be loaded using the read_fwf() function in readr.

Those who need to scrape data from the web for their research can use the rvest and XML packages. Since this is not what most experimental scientists (at least among the many I’ve had the pleasure of meeting) will need to do, I have only provided the necessary functions below without a detailed explanation. See this blog post for further details.

JSON files are way of storing JavaScript objects as text that can easily be imported in to R using the fromJSON() function from the jsonlite package. Science trainees are unlikely to encounter this type of data unless they are working with web sources, e.g. twitter. See this link for an accessible overview.

Thank you for reading and I welcome any suggestions for future posts, comments or other feedback you might have. Feedback from beginners and science students/trainees (or with them in mind) is especially helpful in the interest of making this guide even better for them.

This blog is something I do as a volunteer in my free time. If you’ve found it helpful and want to give back, coffee donations would be appreciated. 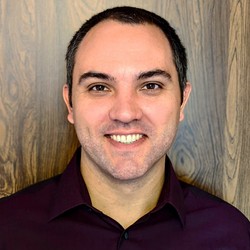